Green trucking initiatives are an integral part of the modern logistics industry, helping companies to maximize energy efficiency while reducing environmental impact.  With and without government involvement, these initiatives have made great progress since the start of the 21st century.

In recent months, however, it appears that some of this progress may be derailed.  The federal budget proposed this spring aims to reduce EPA funding substantially and eliminate key programs such as SmartWay – a vital driver of green logistics initiatives, and a shining example of a public-private partnership. 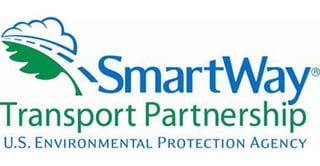 According to a May 23 article by the Washington Post, the latest White House budget proposal seeks to reduce funding of the entire EPA by 31 percent.   As part of that cut, the entire Climate Protection Program – under which SmartWay resides, along with EnergyStar and other programs – would be removed.

In unveiling its initial proposal, the administration acknowledged that the drastic cuts “will create many challenges” at the agency. But it suggested that, “by looking ahead and focusing on clean water, clean air and other core responsibilities rather than activities that are not required by law, EPA will be able to effectively achieve its mission.””

In short, the White House appears to be bent on keeping – and trimming – only the EPA elements required by law, and removing all non-required elements in the name of eliminating big-government bureaucracy and wasteful spending.

Why Cutting SmartWay Would Be a Bad Idea

If we can agree that the elimination of those two ills – bloated government and waste – is at the heart of the proposed EPA budget cuts, allow us to present our case as to why selecting SmartWay as a target is misguided at best and reckless at worse.

Big-Government Bureaucracy.  Supporters of the EPA cuts point to a big, bloated government that forces companies to endure hardships and expenses to follow regulations that have no discernable value other than to employ the people who make them in the first place.

It is wrong to apply this illustration to SmartWay for many reasons, chief among them is the fact that SmartWay is a voluntary green trucking program.

Yes, voluntary.  The over 3,500 SmartWay partners choose to partner with the EPA in order to access the program’s robust tools and resources that, in turn, help to drive the emissions and fuel expenditure reductions of each company.   Nothing is being forced – or even handed down to – anyone.

Wasteful spending.  Logistics and transportation accounted for 8% of the U.S. GDP in 2015, contributing $1.48 billion to the economy.  If a government program can help this very large industry run more efficiently – and thus more profitably – we see funding this green freight initiative as the opposite of wasteful spending.

And, what do you call the opposite of “wasteful?”  Words like “economical” and “efficient” come to mind, and the data shows that they certainly apply to SmartWay’s performance.  According to an April 2017 report, SmartWay program highlights include:

Green Trucking Is a Critical Need

In the U.S., freight transport accounts for 16 percent of corporate greenhouse gas emissions, making it one of the largest carbon footprint contributors. Worse, by 2040, U.S. freight emissions are on track to increase nearly 40 percent above current levels.

The freight industry itself has taken steps to get its own house in order by adopting green trucking initiatives, including SmartWay, to reduce carbon emissions.  While it’s true that, through the EPA, we are investing public money to keep the SmartWay program strong and viable, the payback is worth it.  We are making measurable improvements to cut greenhouse gas emissions. Also, trucking companies that are greener operate more efficiently and profitably by reducing fuel and truck miles.