KANE CEO Mike Gardner Appointed to Board of ALAN 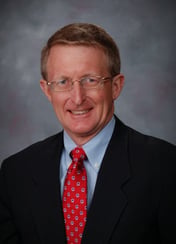 Kathy Fulton, Executive Director of ALAN, stated, “We’re thrilled to have Mike as a member of ALAN’s board of directors. His expertise and enthusiasm will make a great addition to the team.” Fulton continued, “Mike has a diverse background in operations, customer service, business development, and strategic planning. These skills, plus his ability to connect and collaborate, will be a tremendous addition to the organization.”

ALAN continues to support recovery efforts around the country, however, the Flint, MI water crisis has taken much of the attention recently. ALAN facilitated donations of transportation and material handling equipment for non-profit organizations conducting distribution operations, and helped advise businesses on the best ways to help. ALAN is also preparing a response plan to support non-profit partners in the global response to the Zika virus.